King Durrie is unhappy with the artists he's working with 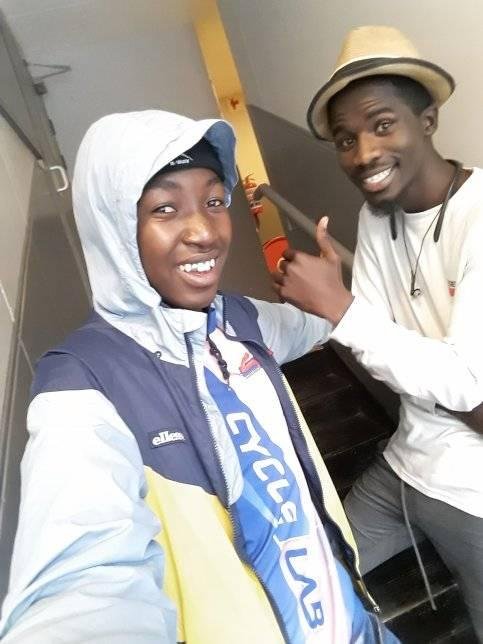 KING DURRIE AND HIS FAN IN HILBROW. Picture: Facebook

King Durrie regrets having worked with other artists in his previous projects and feels he's begotten enemies as a result.

Having worked with different artists from around Diepsloot in attempt to grow his career, Wise Ngwenya, says there has been some misunderstanding between him and other musicians about him being a little selfish.

Ngwenya told Letsohla Live on Tuesday, that some artists from around Diepsloot have accused him of being selfish for only pushing his work and using his marketing team name 'The Grind' to promote his brand than that of the artists he's worked with.

“Since I started to do music I featured more than six artists because my dream was to be a good artist but sometimes there is a misunderstanding.”

“Most of the Artists that did collaborations with me are now my enemies and they are always complaining that I do my own things but the truth is that when i say 'The Grind' it’s not a slogan but it’s the name of my marketing team so we focus on ourselves.”

King Durrie as known, made it clear that he won’t push the artists he's worked with, he said  he should not be blamed for that since he uses his social media to promote his craft.

“If they need favours it’s better to ask for that not to blame me for not pushing them cause am not owning a record label but I use social media and my marketing team to reach those standards.”

Earlier on on his Facebook post, the Plumtree sensation warned the artists that wish to collaborate with him to be strong enough to work with him, since there is life after studio recordings.

“Guys if we do a collaboration you have to make sure that you are strong enough coz after the studio session still life goes on.”

“I don't care about what your fans or my fans say, if u weak bazoktshela [They will tell you] and I’ve nothing to do with that.”

The dream on hit maker had since buried the hatchet with Black Queen, after the two had some misunderstanding about his avariciousness to promote her work.

“There was a mis-understanding but then we fixed it, it about pushing or advertising her, I was labelled as someone who is greedy just because I focus in my craft more than anything else.”

The angry Zimbabwean artist made a stern statement that he only posts artists he has a good relationship with on social media.

He also said some of those artists confront him because he has a good advertising platform.

“if you see me posted something in any of my social media pages it means i have a good friendship with that character or I liked their work.”

“Even some of them they ask for that cause i have a big advertising platform on social media that’s why I manage to do 2000 views in less than 1 hour on a single video that i post on social media.”

King Durrie is currently working on a new project with some high fly profiles in the music industry from around South Africa, and will be blessing us with his good music soon.

King Durrie Black Queen Wiseman Ngwenya
5FM releases statement wishing Thando Thabethe 'well on her future
If you were not at Manyisa Place weekends, you are not the chosen one.
BlackDash Nthiola announces his departure from SlootFm
I BUILT MY SITE FOR FREE USING